Thank you for your patience while we retrieve your images.

Every city exists as a physical version that is overlaid by an imagined version that exists in the minds of the countless individuals who have an opinion on what The City is. Taken together, these imaginings become a popular fiction of a place that may or may not follow closely the contours of the physical City. This fiction is often more powerful and less transient than the physicality of the geographical City.

Understory is a project that seeks to explore the zeitgeist of late-19th century San Francisco through the anthropological method of examining the closest approximation to what one wants to study in order to learn about that which is no longer available.

We have chosen the novel McTeague by Frank Norris because it is a meeting point for the physical and imagined San Francisco that was demolished by the 1906 earthquake.

McTeague´s central theme of characters undone by greed and a desire for social advancement remains pertinent in a city which erases its own past at a startling rate in both the physical and metaphysical realms. The novel which was once a bestseller and the author who was once a literary celebrity have both been almost entirely replaced by other names and other ideas in the popular imagination of San Francisco.

After reading the novel, we began practicing a kind of fictional anthropology by gathering information and objects that seemed to be access points to the past described in McTeague. This has resulted in a series of prints based on key passages and objects on which the plot turns in the novel. 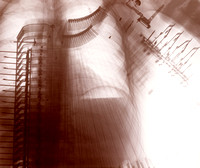 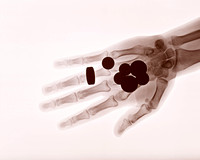 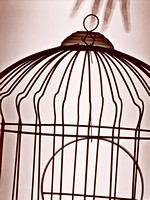